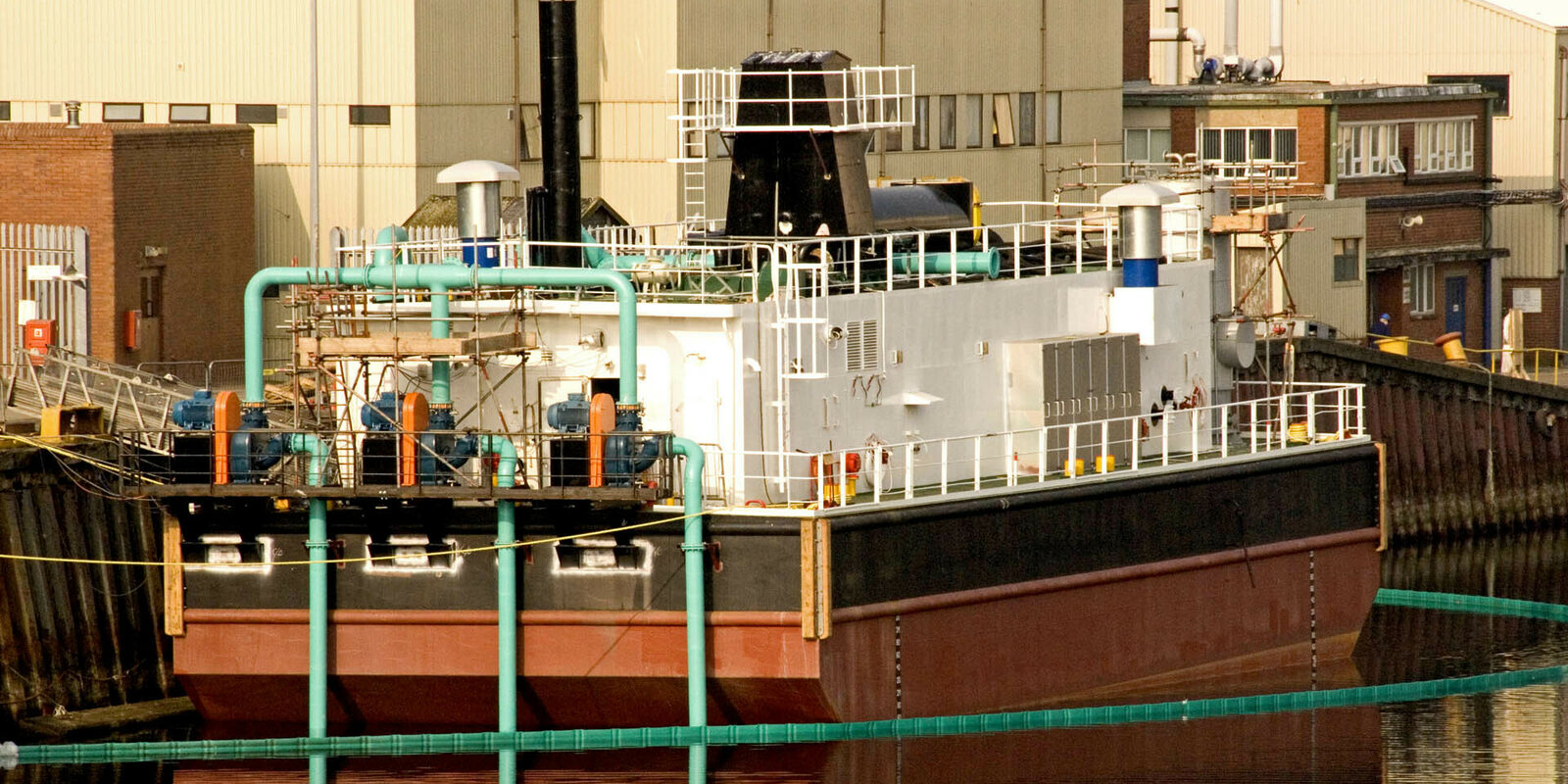 NW Pump and Valve won a contract from BAE Systems in May 2006, after an open tendering process, based on “compliancy, lead time and price”, to undertake the majority of the £2M refurbishment of the steam barge “Steamhammer”.

The Steamhammer was built in 1989 to commission the Vanguard class submarines but had been laid up since 1998. The refurbishment will extend the life of the barge by another 10 years and provide commissioning steam for the Astute class of submarine in production by BAE Systems at the Barrow-in- Furness shipyard for the Royal Navy. The barge was refurbished and put into commission ready for first of class Astute steam trials on 8th June 2007.

The project entailed replacement of all the machinery apart from the main boiler and included: boiler main feed pumps; trim and transfer pumps; bilge pumps; fuel and transfer pumps; a new feed water pre-heater and de-aerator system; a condenser and cooling water system; refurbishment of the main steam valves and replacement of the water system valves; and a flexible 200mm diameter steam link to the submarine with quick closing valves.

As part of the specification we had to accommodate the restriction of no discharges to the dock particularly waste steam/condensate which could otherwise have had harmful environmental effects by raising the dock water temperature. This was mainly achieved by installing a condenser to recover steam that would otherwise have been vented away. This requirement is due to sudden operational changes in requirements during commissioning of the submarine (prior to the nuclear reactor being started up). Initially the proposal was to have the condenser on a separate pontoon alongside the barge, but with careful arrangement and joint BA/NWPV design review which considered the additional weight of 15t, we incorporated the unit on to the main deck, thus reducing the need for an additional vessel and flexible steam lines. A restriction was imposed and added a limit to the rise in temperature for the condenser cooling water.

Another environmental constraint was to remove the environmental noise nuisance from steam release from main boiler and steam line safety/relief valves. This was achieved by manifolding the steam release pipe work from the safety/relief valves and the addition of a steam discharge silencer which in itself was over 7m long and 1.4m in diameter putting an additional static load of 3t on newly reinforced superstructure.

Most of the stripping out and valve refurbishment work was carried out whilst the barge was on the dockside and our contract had to work in parallel with BAE and other contractors who were refurbishing and repainting the hull, superstructure and main boiler. During this period of work we cut a hole in the deck and lifted out in a dramatic lift the four tonne auxiliary boiler for re-tubing and de-rating at the original manufacturer’s works. This was replaced prior to the barges launch providing the most stable platform for refitting, as only a 25mm allowance around the boiler skid dimensions could be cut through the deck. The finishing work including fitting of the external steam pipework and large cooling water pumps had to be undertaken after the barge had been launched. The barge which weighs 400 tonnes was the first vessel to use the refurbished Ship Lift and provide an operational test prior to the Astute submarine being launched.

The BAE Systems pretender gap analysis deduced that the main boiler suffered from poor feed water quality control and an unsatisfactory method of preheating. This was overcome by the installation of a de-aerator and pre-heater unit supplied to us by SATEC, which is part of the feed water system supplied by NWPV to overcome the 40bar boiler pressure and pumping demineralised water at 105°C. The NWPV system included booster pumps, extract pumps, high pressure 90kW main boiler feed pumps and controls together with a chemical treatment system. All these sections had duty standby units to maintain system integrity.

Cooling water is supplied to the condenser by two 55kW duty and 1 standby Gorman Rupp high lift self priming pumps which are deployed at main deck level on a counter deck at the stern of the barge. These lift water from the dock and cope with the variable draught of the barge (due mainly to the consumption of fuel oil for the boiler from the large onboard storage tanks).

Design work on the steam and water pipelines by our design partners was carried through to the additional final elements of the project including a 200mm diameter flexible steam arm working at 30bar and services bridge both of which had to cater for a minimum capability of +/- 700mm movement in any direction of the barge with respect to the submarine due to displacement changes or each vessel and normal movement in the dock. Full bore quick closing ball valves fitted on the barge and the submarine provided protection in the event of an emergency. A special control valve was installed in the stem line feeding the condenser to protect it from over pressurisation and allow a degree of control for balancing steam flows. The services bridge is capable of carrying a multitude of services including: returned condensate; feed water lines; main power supply cables; control cables; fuel bunkering pipework.

The vessel is now being operated by BAE Systems as part of a detailed control procedure for testing the Astute class submarine.

Can’t find what you are looking for?

Get in touch with one of our technical experts today who would be happy to assist you.